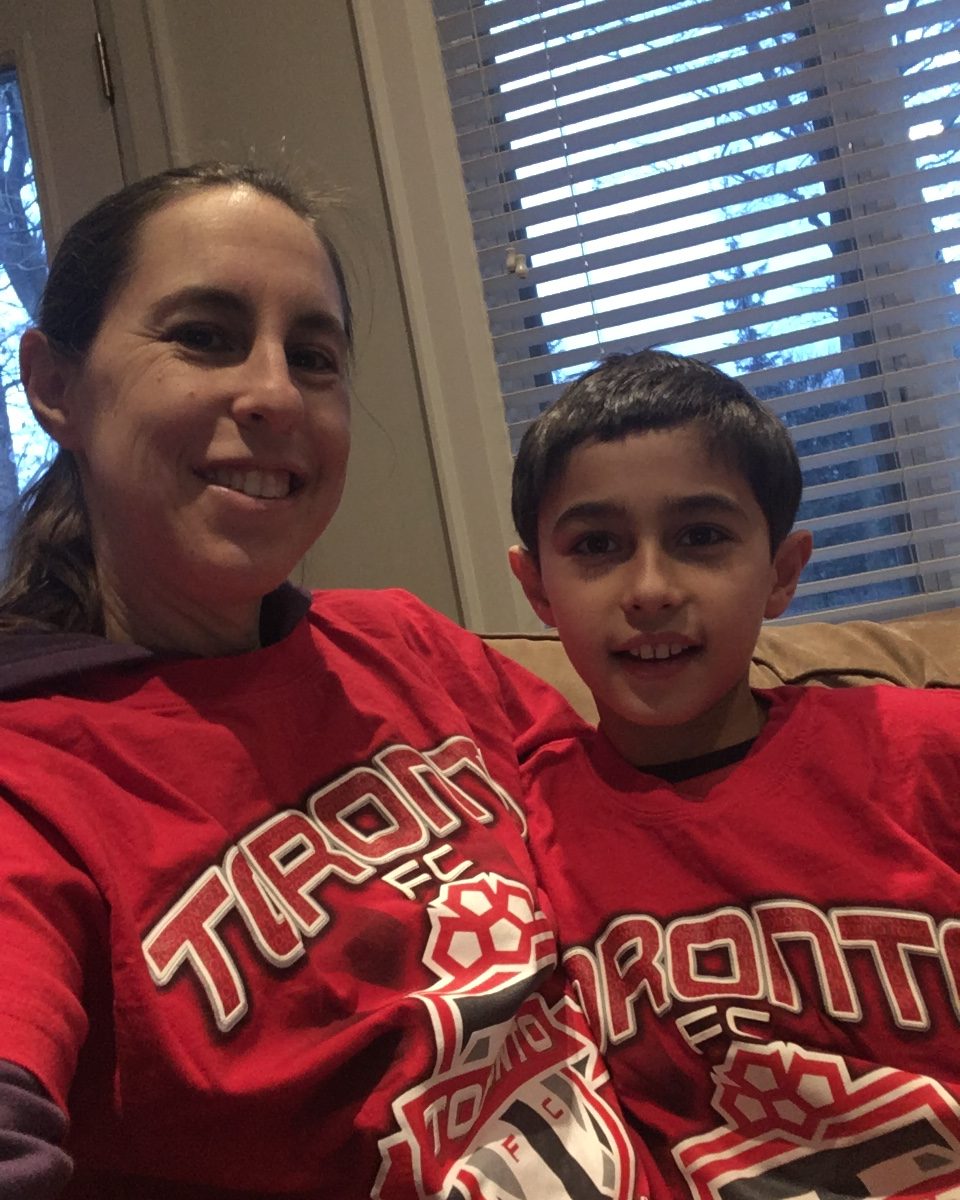 Matthew and I are fans of the Mighty Toronto FC, our local Major League Soccer (MLS) club that won the big championship this past weekend. Unlike the bandwagon we joined when the Toronto Argonauts won the Grey Cup a couple of weeks ago, we are the real thing. Well, kind of.

Soccer, or as the rest of the world (except Canada and the United States) calls it, football (no, not the NFL or CFL), is a sport I have always enjoyed. Okay, when I say enjoyed, I mean to say that I enjoy watching. I’m not much of a soccer player. It’s not in my top group of sports that I follow, like baseball, hockey and basketball, but I like it.

I remember when Toronto FC joined the MLS back in 2007, and wow, they were bad. But aren’t expansion teams supposed to be terrible? I watched the odd game and kind of followed them during that first season, and I monitored the team’s progress over the following years as their record steadily improved.

I think my story is quite similar to many others across North America who follow MLS. You won’t find millions of diehard soccer fans across the US and Canada like you may see in Europe or South America. But the MLS fans are loyal. They love soccer and they love their local team.

Toronto FC fans are great, and I want to send a shout-out to all of you who have been watching the games on TV and going to the matches over the past 10 years. Soccer is an exciting sport to watch, and there is always tremendous athleticism on display. Fans are always treated to a great show.

And this year’s Toronto FC team was something special.

This incredible group of athletes broke so many MLS records. The team finished the season with 69 points, which was of course a new league record. It also won a special soccer triple crown: the 2017 Canadian Championship, the Supporters’ Shield and of course the MLS Cup this past weekend. This team is the perfect example of a true champion.

And Matthew and I have been following Toronto FC’s rise to become league champions for a couple of years. We watched the disappointing loss in the league championship game last year, when it all came down to a shoot-out. Wow do I hate shoot-outs (that’s for another day). How can a 90-minute, hard-fought match come down to a few free kicks on a goalie? Really? But I digress.

We knew early on that this season was THE ONE. This team was almost unbeatable, and it was like magic on grass every time they played. I knew who my favourite player was – of course, Jozy Altidore, who dons the jersey with the big number 17 on the back. Matthew agreed with me, of course!

We even had the opportunity, in amazing seats, to see our team play – and win – in Chicago this summer. While we did not receive a warm welcome at Toyota Park from the local Chicago Fire fans, we didn’t care. Our team won! On that day in August we knew we were hooked. And we knew that Toronto FC could go all the way.

And oh they did. With grace and style. This is a team to remember and to celebrate. We watched every minute of the championship game on Saturday and sat on the edge of our seats as Toronto FC dominated early on. And then MY player, Mr. Jozy Altidore, scored the big goal. And we knew they could do it.