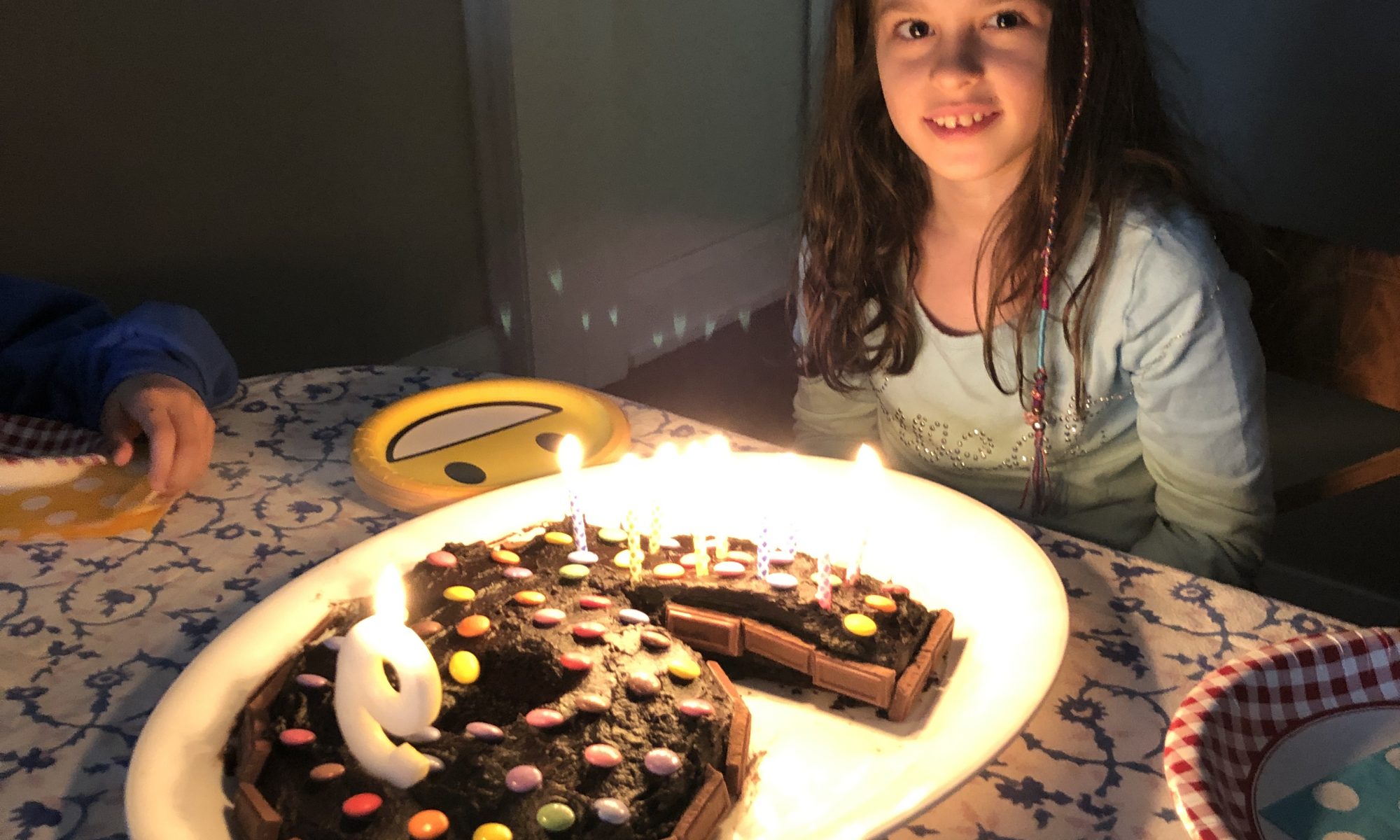 I became a new mother for the second time on May 12th, 2010. It was an ordinary Wednesday, early in the morning, when Julia jumped into the world. And I mean jumped. One moment I went into labour and the next moment I had a baby girl. Whoever said labour was long and slow hadn’t met Miss Julia Maxine.

Julia was a special gift to us the day she was born but also to her first cousin, who turned five that very same day. The “May 12 Girls” as we call them are kindred spirits and share a special bond that most cousins only dream about. I remember my sister-in-law said to me, when Julia was just a few days old… “You are going to have to balance birthday fun and Mother’s Day from now on. Good Luck.”

I shrugged it off as Mother’s Day has never been a big deal to me. Even as a child I saw through this rather commercialized day. I told my mother many years ago that no one had to assign a special day for me to tell my mother I loved her or to do something nice for her. I should do that every day, and if I want to buy my mother a gift then I just buy one. I stuck to that promise throughout my childhood and when I became a mother, now to three children, I stand by that.

I am a mother, and I work hard at it. My one request to my husband and children: be nice to me every day! So it’s no big deal that Julia’s birthday falls near Mother’s Day every year, or once in  while on Mother’s Day, as it does this year.

They thanked me, and they also gave me a mix of bravoand are you crazyfor hosting 10 eight and nine-year-old girls for an overnight at my house. Birthday or Mother’s Day, this is no easy task. Girls at this age are high energy, demanding and a bit anxious. But they are still kind of cute and smiley and relatively easy to please.

I haven’t slept much in the last 24 hours. I was a mix of a short-order cook, professional baker, cleaning lady, hostess extraordinaire and mother to ten. My list includes cooking and serving two meals, baking a birthday cake from scratch, making up ten beds (setting up sleeping bags across my living room floor), wiping food off every surface in my house and sweeping up anything from popcorn and cake crumbs to Dollar Store play dough and dirt.

Who said adolescent boys have a ton of energy? Spend the night with a group of 10 adolescent girls and you may think differently. They are like the Energizer Bunny. They just keep going and going. They run around the background. The girls zoom up and down the stairs. Giggling. Laughing. Shrieking. Jumping. Dancing. Do they slow down? No.

I don’t quite know how I convinced them to go bed. I’m not going to say “go to sleep” as some refused to do that. It was a late night. They were excited. It wasn’t just a sleepover party – it was the evening before Julia’s birthday. The fact that Mother’s Day was upon them seemed irrelevant to this group of young ladies.

But not to their mothers and fathers. The girls’ smiling parents heartily greeted me this morning when they arrived at our house to pick up their sweet little girls. They looked at my tired face and kindly wished me a Happy Mother’s Day. And I graciously said thank you. Today was Julia’s Day, for sure, but I am giving myself a gold star too, for Mother’s Day.

Happy Mother’s Day to all the wonderful women in the world who are the heart of the home, the family, and in my mind, the world. 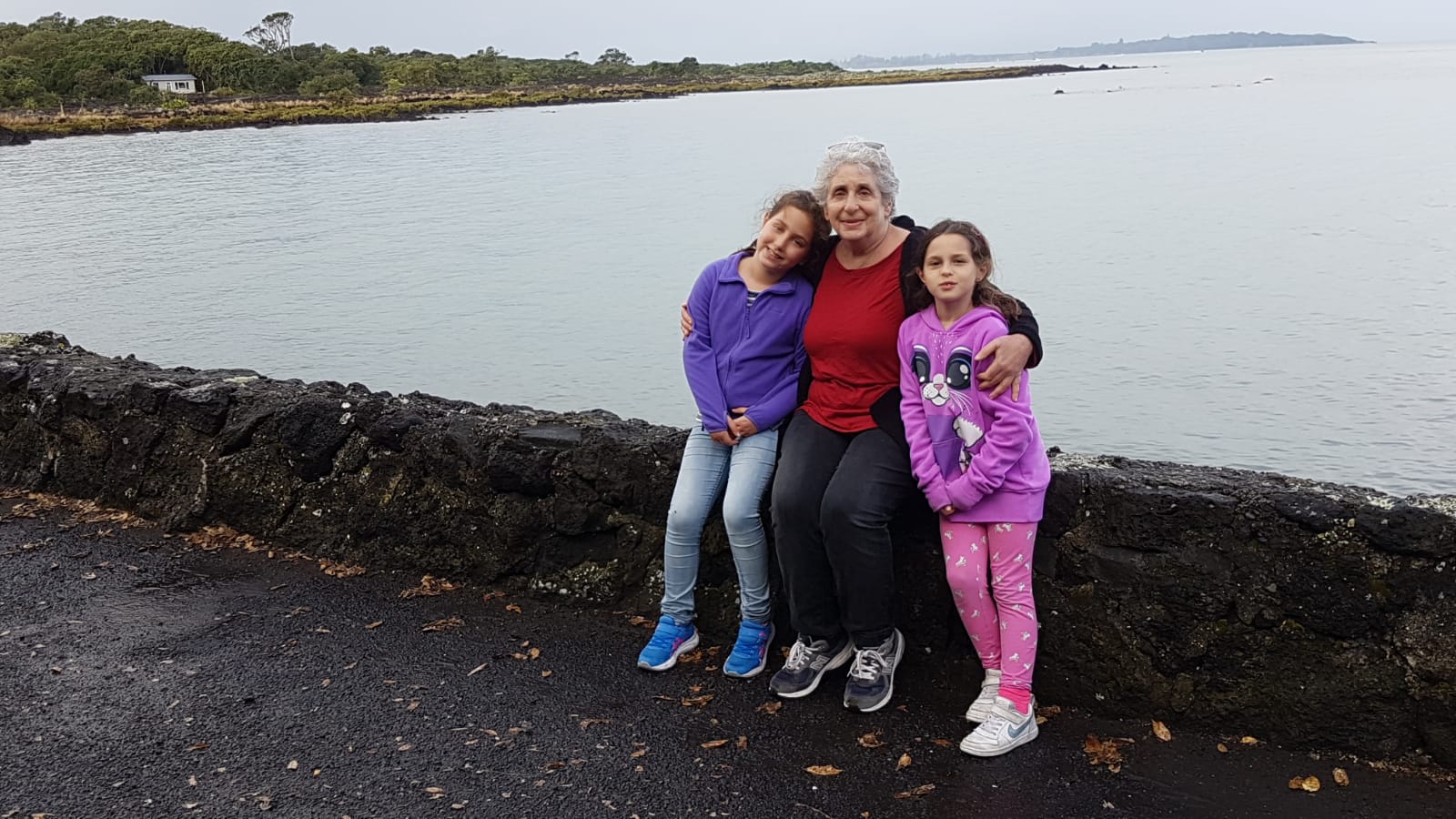 I love to travel. I got the travel bug when I was a child and can pinpoint the year to 1988 when it hit me. That year I was lucky to go on a ski trip to Colorado and my first trip to Israel. Since then I have traveled around the world, to far off places, from London and Paris to Hong Kong and Auckland. When I had children I hoped to pass on this love of travel to them, and clearly my daughter, Julia, has caught the bug.

World travel is a privilege, one I take seriously. Yes, one could say we live in a “global village” today. With technology, we can travel anywhere with the click of a button. Video messaging brings families and friends together from all over the world. But there is nothing like seeing the place for yourself.

My son traveled to Israel on his first trip at just 17 days old (I will admit, that may be a bit young and don’t recommend it).  Before he was one, Matthew had visited cities such as Jerusalem, Miami, Seattle and Honolulu. Still in single digits, Julia has covered the trifecta of Europe, including London, Paris and Rome. By age two Nessa had crossed into the southern hemisphere, covered Canada’s two coasts in British Columbia and Nova Scotia and had two trips to Israel under her belt. Never in my wildest dreams as a child could I have achieved that. Giving my children the gift of travel is something I hold sacred.

My husband’s family live in and travel to all corners of the world. Every continent (yes, even Antarctica!) has been visited by at least one member of his family. I don’t think that we can tick off every country across the world, but I’d say that David’s extended family has covered a lot of territory. Some members of my family are no slouches either, in particular my father who used to travel to the Orient for work at least three times each year.

But back to Julia. She has the bug. She has dreams to visit places in the world that most children don’t even know exist. One of her friends went on safari in Africa a couple of years ago and Julia wants to do that. China is a country that fascinates her. And New Zealand too. Wait, she’s been there. But why not go again?!

When I tell people that my eight-year-old daughter just happened to be in New Zealand with her grandmother during her recent school break, the general reaction is, what? Are you crazy? I guess it’s a similar reaction to me telling people that I am a huge Carolina Hurricanes fan! Yes, Julia and her grandmother just returned home from a two-week holiday in New Zealand.

And no, it’s not random.

First of all, as I already stated, Julia has the travel bug. So it shouldn’t surprise anyone that the minute she returned home from her first trip to New Zealand, in January 2017, that she wanted to go back. We didn’t close our eyes and randomly select a spot on the globe. David’s brother and family moved there a few years ago. There’s nothing better than combining travel with spending time with family.

So, Julia wanted to go back to New Zealand, to see her cousins and enjoy the beauty that is this fabulous country. And her grandmother, who also has the travel bug (my one-week trip to Hong Kong in 2014 with Barbara and my sister-in-law Trudy is one of the best trips I have ever taken), saw to it that Julia would return to New Zealand.

Hence the title of today’s blog post, Around the World in 17 Days. No, I did not specifically send them hallway around the world for 17 days. It just worked out that way. But the title sounds good, don’t you think?  About 19 hours of flying, plus a layover in San Francisco, and boom it’s just a short trip from Toronto to Auckland!

Julia had the time of her life. She spent every waking moment with her eight-year-old cousin (and their cat, Trixie). I think the only person she missed was her little sister. My daughter was born for travel. She guided her grandmother with great confidence around the Toronto, San Francisco and Auckland airports, stayed basically clean and tidy and enthusiastically participated in most activities during her 17-day trip. And she did it all with her grandmother. How lucky can you be?!

Upon landing in Toronto a few days ago, after their almost 24-hour journey home, Julia looked at her grandmother and said, “I want to go back to New Zealand right now.” And I am sure if she could have, she would have jumped on the next plane and returned there. I am sure that wasn’t her last trip to New Zealand. She has the whole world to explore, and I am sure she will check off many places in the coming years.

Julia’s next trip is much closer to home, to the Pacific Northwest, in a few weeks. And this time she will be taking us along too. World travel doesn’t always have to be around the world or to another hemisphere. And the trip isn’t always 17 days. Seven is good too. Or more. Or less. Where will we go next?