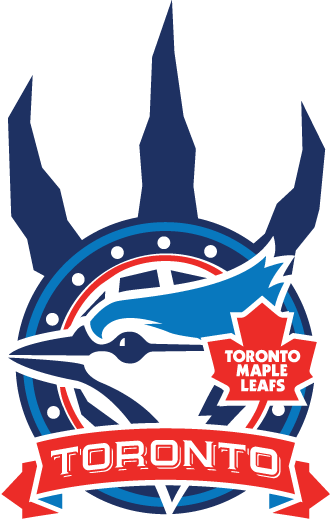 The Kinetic Motions blog is back. I travel around life and experience so much every day, and I am constantly taking notes so that I can write my next blog. Then I hit a deadline at work, a holiday sneaks up on me or a child suddenly has a runny nose. And the notes for my next blog get pushed to the side. If I grab a few free minutes I indulge in a show on Netflix, or lately, sports. During the month of April there is an abundance of riches of sports, if you are fan. I am a fan. Where do I begin?

If anyone asks me (and they often do!), what’s my favourite sport, it’s an easy answer: baseball. The reaction, if the person is also a sports fan, is usually, really? What? Why? Are you kidding? But the Blue Jays suck right now! I get a few high fives from the diehards, but living in hockey crazy Toronto, most people are not supportive.

April (well, really late March recently) is when baseball season really gets going. The playoffs start to heat up for hockey and basketball. If you are a golf fan (I will admit, I am not), the Masters are in April. You can even watch Major League Soccer this month.

Okay, let’s get back to baseball, my first love. I will admit that I don’t remember going to my first game. My parents tell me that they took me to the odd game at the old Exhibition Stadium when I was little, but I have zero memories. My team, the Toronto Blue Jays, launched their first season in 1977, when I was a one-year-old, and I have seen a ton of TV coverage of those early years. I have a few faint memories of a game or two at Exhibition Place.

I think I became a fan at age 9, in 1985, during the Blue Jays’ first playoff run. And when a name of a Blue Jay great from the 1980’s is mentioned, like Dave Stieb or George Bell or Jimmy Key, my face lights up. Don’t even get my son started on my deep devotion to Kelly Gruber back then (yes, he wore #17).

I went to a game at the swanky new Skydomein June 1989, soon after it opened. I have no idea who the Jays played or who won the game but do remember that it started to lightly rain. All 50,000 other people, looked up to the sky to watch the domed roof turn and close. It was fascinating!

I have fond memories of dancing the polka around the cottage in October 1992 when the Jays won their first World Series. Joe Carter’s famous homerun to win it all again in 1993 is etched in my mind. Years later, side by side with my son in 2015, I watched the Jose Bautista bat flip.  It wasn’t hard to convince my sports-loving son to embrace my favourite sport

So what if the Blue Jays won’t make the playoffs this year (or probably next year), I still watch. I still buy tickets (or happily will take any ticket someone wants to give me!) and follow the sport. When we travel to Seattle next month (yep, tons of stuff to write while there!), Matthew and I are excited to go to a Mariners game. We are baseball fans.

The most challenging part of my day today is to decide, do I watch the Jays wrap up their series vs Oakland (and try to sweep them) or watch my Carolina Hurricanes play game 2 vs the NY Islanders? For most people, this is a head shaker. It’s another chance to look at me and say, what? Are you kidding? The Hurricanes? Why? That’s random!

It’s not random. First of all, I love hockey. Maybe I am not exactly a super fan. I could go weeks during the regular season and never watch a game. I follow the season and keep up on the news. But I don’t settle into a hockey game like I do with baseball. But when the playoffs come, I’m on top of it.

My passion for the Carolina Hurricanes goes back to 2001, when I started my career as a journalist. I won’t rehash the story, as I wrote about it in a blog back in 2017. Have a READ. I promised my team that I would forever be a fan, no matter how terrible or incredible they played. My loyalty paid off when my Canes won the Stanley Cup in June 2006. And today, April 28th, 2019, they are on playoff run that is making everyone turn their heads.

Don’t laugh. I believe in them. This team has heart. They have grit. Okay, so maybe they are a “bunch of jerks,” as Don Cherry so kindly refers to them. But they are a fabulous bunch of jerks.

I didn’t care much for basketball until a few years ago. I liked the Raptors, but I never had even a drop of patience to sit through a game. And then my son became a super fan. He is a walking encyclopedia of random basketball statistics and knows who every player is and where they play. He yells at the TV like the players and coaches can hear him and listen to him. Maybe he knows something I don’t.

Toronto is a hockey city first, baseball city second, and I believe, maybe a basketball city third. The Raptors don’t get the attention or respect this incredible team of 2018/19 deserves. The team is talented, focused and determined, and if they keep playing the way they did the last few games, they are unstoppable. Could they go all the way this year?

Which brings me back to where I began. The blog is back, or at least I’m going to try. Following and watching sports the last few weeks has taken up probably too much of my free time. I love sports. But I also love to write. When I am walking down the street and something makes me chuckle, I want to write about it. For example, what’s with grown men giving the fist-pump and calling each other dude? Do I need to pay almost $100 for cable anymore? How many more drivers will make my blood boil over this week? My next trip is coming up. The Hurricanes are on their incredible playoff run. I want to write. I must write. So follow along and come for the ride. There will be much to read in the near future. I promise.