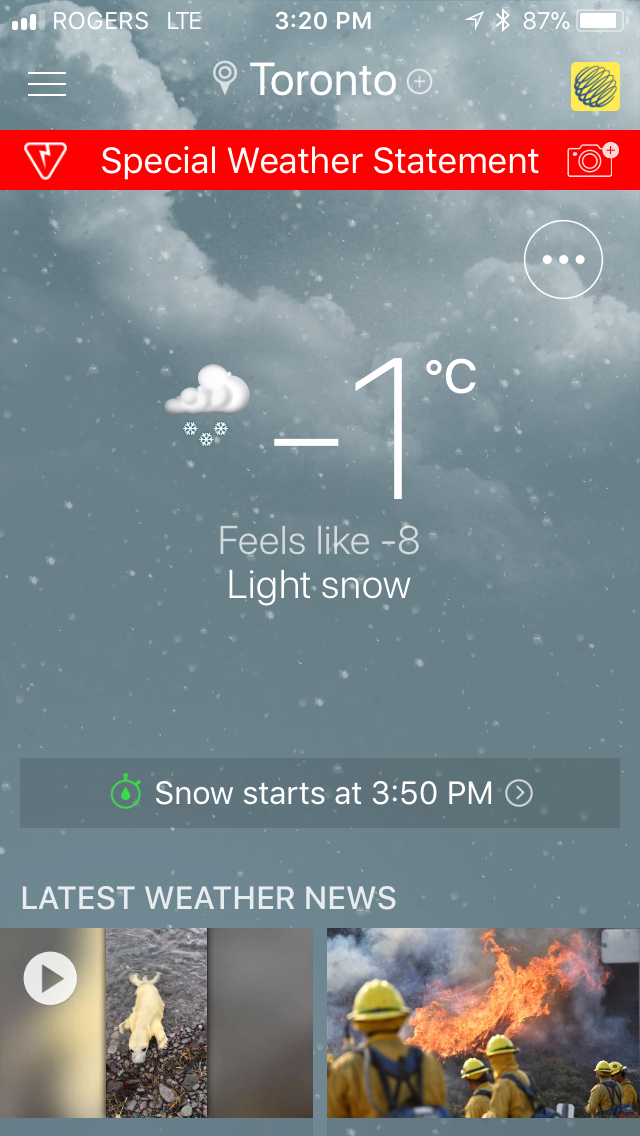 I have a rule that I won’t pull out my heavy duty warm winter coat until December 1st. There’s always a few chilly days in November that make me consider regretting that I made this rule. But I just can’t embrace winter until December beckons. So, December is here. The winter coat has come out. It’s mighty cold outside, and the season’s first snow is on the horizon.

There is something magical about snow in December. The image of white flakes gently falling from the sky, blanketing the city, brings a smile to my face. Once a couple of centimeters have come down, the bright and clean snow covers the ugliness of bare trees and dirty sidewalks.

The kids run outside to build the first snowman of the year, throw snowballs at their father and even pull out a shovel to clean the front walkway and driveway. In my neighbourhood, everyone cleans the sidewalks and driveways quickly after the first snow. It’s as though we are all excited to experience the first taste of the fresh winter season.

Turn on the radio or flick on the TV and the broadcasters are muttering the warnings of a “special weather statement.” An Arctic low is approaching that will combine with a system that formed in the Gulf of Mexico, which will bring plunging temperatures, high wind and snow accumulation. Make sure the winter tires are on. Fill the tank with gas. Take out the winter boots, hats and gloves. Get ready.

The first snow of the season has arrived in Southern Ontario. Some areas north of Toronto already have a significant accumulation of the white stuff, but I think only today we will experience our first real winter wallop. Or at least that’s what the meteorologists say on my Weather Network app. They predict that the city of Toronto will get anywhere from 5 to 15 cm of snow over the next day or so. Whatever that means.

No matter how much snow we receive, I believe that Torontonians will embrace our first real snowfall of the 2017-2018 season. Since today is December 11th, I have to figure that many people are dreaming of a white Christmas. If the temperatures stay cold and we keep getting more snow, their wish will come true.

Note that I say more snow. If you want the city of Toronto to be blanketed in white on December 25th, then I can promise you that it won’t be if we get snow today and no more for the next two weeks. You see, what quickly happens to the beautiful fluffy white snow within hours of it falling on the ground?

It turns brown. Or grey. Or even black, when it gets really dirty.

Which is why the excitement of the first snow of the season doesn’t last long. Okay, maybe the hearty Canadians that we are, we embrace the first few snowfalls in December. But for many people, come January, the fun is over. The temperature keeps plummeting, the trees are still bare and the city is dirty.

But the first snow also means that winter activities can begin. What’s your fancy? Skiing? Snowboarding? Skating? Sledding? For me, it’s skiing. Stay tuned for what I’m sure will be many posts over the coming months about my skiing adventures.