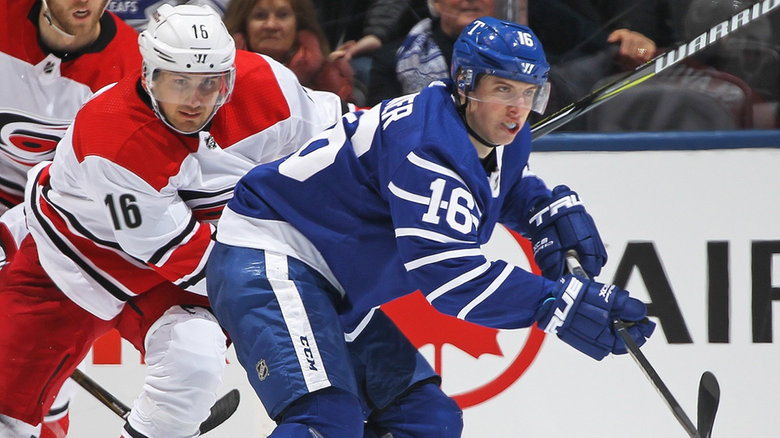 We all want our team to win. It can be heartbreaking when they lose. Wouldn’t it be great if the Blue Jays went 162-0 in 2018? Imagine if the Raptors won all 82 games they played? Okay, that’s not going to happen, but we all want our team to win as many games as possible. Your team will lose sometimes. But it’s just pathetic when your team loses badly, by many runs, points or goals.

That happened to my team yesterday. I love the Carolina Hurricanes. I have a personal connection with this team going back to the early days in my career, and I always want them to win. They went all the way in 2006, but winning has been a bit of a challenge for this team since then.

So the Hurricanes lose more often than they win over the last few years (though they do still have a winning record this season). I don’t like that, but I have accepted it. When they lose 4-2 or 2-1 or even 3-0 it’s rough. But they lost to the Toronto Maple Leafs yesterday by a score of 8-1.  The Canes were down 2-0 with less than six minutes played in the game. And by the end of the first period the hole was even deeper, down 4-1.

And this wasn’t just any game. They played the Maple Leafs, in Toronto, on the 100th anniversary of this storied Canadian hockey franchise. As the disastrous third period unfolded (two goals scored six seconds apart, really?!), I tried to remind my Leaf-loving son that at least MY team won the Stanley Cup this century and not 50 years ago. He shrugged it off and laughed, as the Leafs scored yet again.

When your team loses that badly it’s just embarrassing. You try to find something positive in the game, and you come up empty. All I could think of was that at least the Hurricanes weren’t shut out. Isn’t an 8-1 loss so much better than an 8-0 loss?

I tried to explain this after the game to my Leaf-loving son who ran around the house in celebration, both of the massive win and 100th anniversary of his beloved team. He laughed at me again. He doesn’t know about the many long, sad years when Leaf fans saw their team lose again and again. But I wasn’t a fan of the Leafs. I was – and am – a fan of the Carolina Hurricanes.

Okay, so my team lost, big time. But they will recover, and they will get ‘em next time. Go Canes Go!