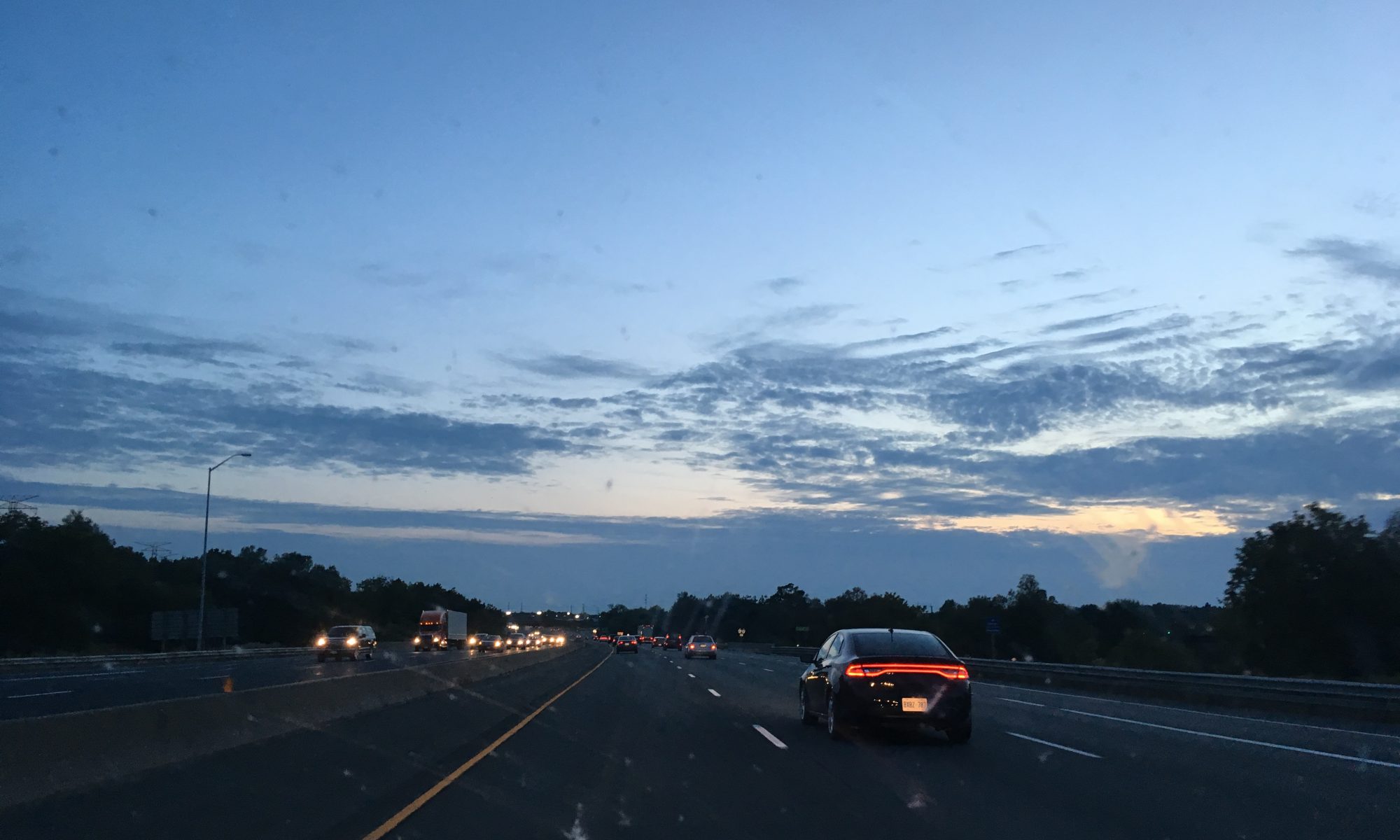 Highway 401 between the cities of Montreal and Toronto is one of the most boring routes on which a person can drive. If you are someone who lives in a village, farm, town or city along this route, I am sure your home is beautiful, but I am sorry to say, that highway is just awful.

I have been traveling along Highway 401 for my whole life. I grew up in Toronto but have a ton of family who live a few hundred kilometres away in Montreal. My parents actually moved from Montreal to Toronto a few weeks before I was born, so in my early years I spent a lot of time, with my siblings in the back seat of our car, shuttling between the two cities.

I know Highway 401 so well that I can name off many of the towns and their related exit numbers between the two cities. Just a couple of weeks ago my sister went as far as to call me a savant when I knew all the names of the towns she passed at certain exits along the route (as I sat in Toronto). Exit 696 is Brockville; 497 is where you will find the Big Apple; 798 is Cornwall; 543B is Belleville (but of course also the road that takes you to Tweed). I could go on and on.

Different exit numbers and towns connect with various stories and memories of my childhood, teenage years and adulthood. I will admit that most are happy memories, and you may ask why then do I find this highway so boring?

I guess it’s because it is just hundreds of kilometers of long, rather straight highway, where most of the views are the same. Or maybe it’s because I have gone back and forth so many times. I enter Highway 401 in the centre of Toronto, around exit marker 367, and continue on as it switches to highway 20 in Quebec, at exit 825.

Those first 130 kilometers can be really rough sometimes, as we fight Toronto traffic. If we leave Toronto at the “wrong” time of day (in other words rush hour), it could easily take two hours to get to the Big Apple at exit 497. Sometimes that first 130 kilometers seem interminable. If we are lucky enough to miss an accident or construction, the 500’s and 600’s can fly by. But somehow, always, there is a lane closure or potholes or repaving somewhere in the 700’s to slow us down. I won’t even start on the construction delays once we cross the Quebec border.

I was lucky enough this summer to skip the long drive along Highway 401 from Toronto to Montreal. Matthew and I flew to Montreal after our special weekend in Chicago. But yesterday, after a week with family in Saint Donat, our family of five drove that long way back along the 401.

The drive home, on a beautiful Sunday in August, is always long.  While I love the Laurentian Autoroute, with its twists and turns, mountains, lakes and stunning vistas, it is also always under construction and always jammed up with traffic. It took us almost three hours, from our start in Saint Donat, to reach the Ontario border and start of Highway 401. As we experienced the thrill of completing a part of our drive, the sober reality of hundreds of kilometers of the boring Highway 401 ahead made me depressed.

My two older kids gorged on junk food and iPads while the baby drifted between sleep and screaming. David did a mighty fine job driving the full distance. We actually only hit big traffic in Toronto’s eastern suburbs.  Around us was the usual mix of aggressive drivers. There were some who drove their vehicles so close to our car at times that I could see the plaque on their teeth in my rear-view mirror and others who changed lanes so often that it seemed they were trying to weave a quilt with their car.

No, I don’t like Highway 401 between Toronto and Montreal. I like my home and I like my destination, but that route in between is boring, stressful and exhausting. All three kids were ecstatic to jump out of the car when we arrived home last night. They too clearly had enough. For now, that’s what we have, and I guess that’s the route we will take. The destination, and the family at the other end, are worth it.