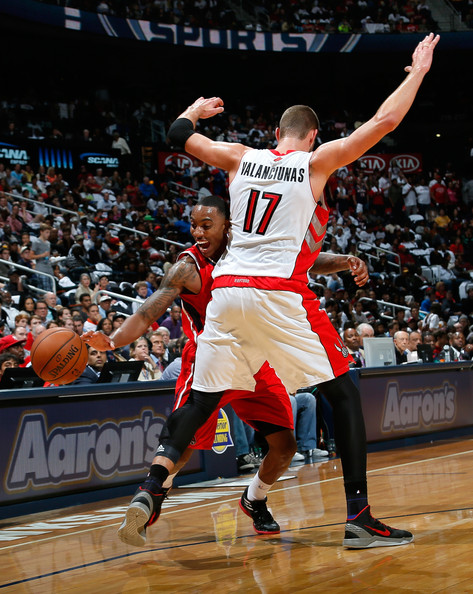 Sports Wednesday is back! My apologies that I didn’t get my act together last week and write a post for you. This week I was thinking about memorable, interesting, funny and unpronounceable names in sports. The idea got into my head recently when I wrote an email to Matthew at camp and wanted to tell him about a new player on the Jays roster who had a great night. I couldn’t remember the player’s name because I couldn’t pronounce it! The player is Rob Refsnyder.  I  typed it I realize now it’s not that difficult a name to say or spell.

So, I am going to dive deep and look at some other players, current or past, with names I just have to write about. Let’s start with baseball. Every time I hear about Coco Crisp I want to go to my pantry and eat a bowl of cereal. I believe his actual full name is Covelli, but I prefer to call him Coco. He played baseball for 13 seasons and retired at the end of last season. Milton Bradley is a baseball player but also the founder of the board game company that bears his name. No, they are not the same person.

Then there is John Olerud,. He was one of my favourite players on the Blue Jays during their 1992-93 World Series run. I feel like his name was accidentally spelled backwards and should really be John Durelo. Don’t you agree?

Then there are the baseball players whose names need no explanation, like Dick Pole, Johnny Dickshot, Boof Bonser and Rusty Kuntz (less disturbing when you learn the last name is pronounced Koontz).

Looking at more names in sports, let’s move on to hockey. The National Hockey League has mainly attracted players from across North America and Europe, and sometimes the names make more sense in their original language. Or sometimes the name comes from a country where the local language is pronounced or spelled very differently than English. Sometimes the name is just strange.

Take Radek Bonk for instance. He is Czech, but it seems to me that the word “bonk” has a clear meaning in any language. Bill Quackenbush played in the NHL in the 1940’s and 1950’s. This is a Dutch name that means “swamp wilderness.” Håkan Loob is a Swedish name, and he played for the Calgary Flames in the 1980’s. Does “Loob” mean something less silly-sounding in Swedish?

The NBA attracts players from around the world, including of course North America, Europe, Africa and Asia. There is quite a variety of names in this league. My local team, the Toronto Raptors, has a number of players with great names. Serge Ibaka is a good one, and of course I just love Jonas Valancuinas. Not only does he have a cool name but he wears a jersey with #17 on the back. Anything with #17 is great, of course.

Ruben Boumtje Boumtje, from Cameroon, enjoyed a short NBA career, and at 7.0 feet tall and 260 pounds no one ever made fun of his name! Other notable names are Detlef Schrempf, Luc Richard M’bah-a-Moute and Al-Farouq Aminu, just because they sound great.

I could probably go on forever, but for now I will just add a few more of the best names in sports in general. Dean Windass played soccer in the English Premier League, Yourhighness Morgan (no joke), a former football player, another football player named Fair Hooker and Kim Yoo-Suk, a Korean Olympic pole vaulter (unfortunate only in English).