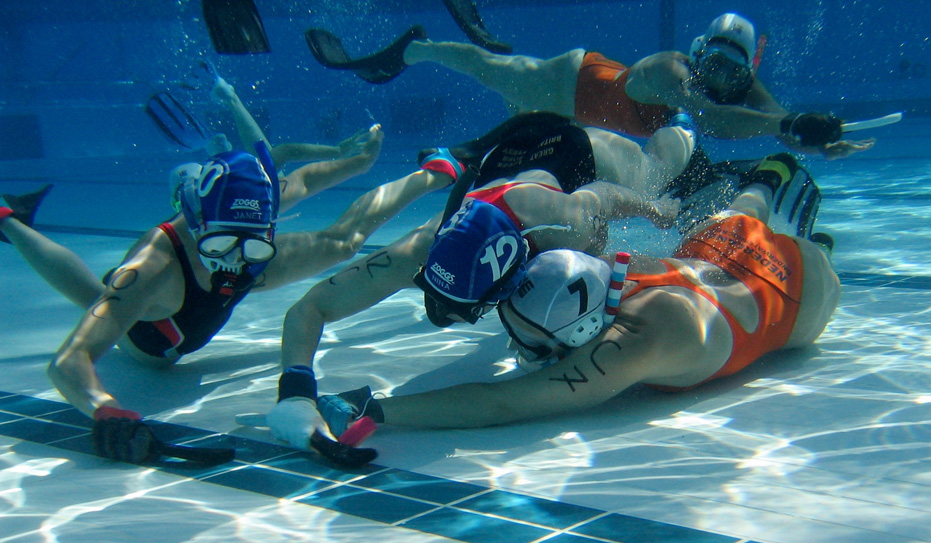 It’s time for Sports Wednesday – a little later in the day, I know – but really, it’s never too late for Sports Wednesday. Today I was thinking about alternative activities. There’s the mainstream sports that are popular throughout North America, such as baseball, basketball, hockey, football and even soccer. Other popular activities (some are sports and others may be more in the category of hobbies) are everything from skiing and curling to bowling and darts to swimming and skating. So, I was thinking, have you ever tried a weird sport?

Thanks to everyone’s friend, Mr. Google, I have been searching around the internet today to see what’s out there in the category of weird sport, and wow, human beings do some strange things!

I found a great article from the Huffington Post that gave me a list that made me laugh out loud as I read it. Have you ever participated in a Wife Carrying competition? Did you know there are even world championships for this competitive sport? This is aweird sport that originated in Sonkajarvi, Finland, in which husbands carry their wives, as fast as they can, through an obstacle course. It’s not too late to enter into the North American competition this year, which happens on October 7, 2017, in Sunday River, Maine.

What is the strangest place you have ever played hockey? And I’m not talking about an ice rink near the equator or a parking lot in China. How about under water? Have you heard of Octopush, which is competitive hockey in a pool? It’s not some game played by drunk frat boys in a small Canadian town. It’s for real. Strap on the speedo, hold your breath, jump in the pool (with a hockey stick of course), and try your best to shoot the puck into the opposing team’s goal.

Chess Boxing baffles me. Chess is all about beating your opponent with your brain. Boxing is all about beating up your opponent, including that person’s brain. So how can a sport exist that goes back and forth between punching each other’s lights out and sophisticated strategy? And yet it does. There is even a World Chess Boxing Organization, and their motto is, “fighting is done in the ring and wars are waged on the board.” Sure.

I could continue my Google searches for hours, and I know I would find tons and tons of activities under weird sport. How about cheese rolling or extreme ironing? Shin kicking? Fireball soccer? Giant Pumpkin regatta? Sepaktakraw (special kind of volleyball in Japan, but no hands allowed)? Face pulling contest?

The photos and descriptions show people having fun, which I guess is really what matters. And what’s mainstream for one person may be weird to another, and vice versa. Have you participated in a weird sport? Leave me a comment here, post on Facebook or Tweet at me @AliciaRichler..