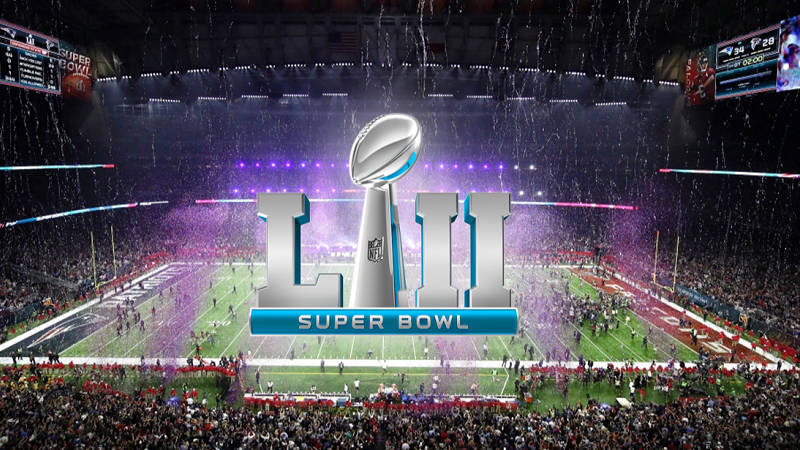 I made pizza for my daughters last night and buffalo chicken wings for my son. I also chopped up a bunch of vegetables and prepared a zesty and creamy and yet non-dairy ranch dipping sauce. The TV popped on at 5:59 pm and we watched sports. Sounds like a typical Sunday night in my house, with different people eating different food and sports on TV. But it wasn’t just any Sunday – it was the Super Bowl.

Like I wrote back in November after the Grey Cup, I am not much of a football fan. I love sports but have never fully grasped the concept of North American football – a bunch of grown men running up and down a field, throwing a ball and smashing each other to the ground. I know there are hundreds of more rules in baseball, but no matter how hard I try, I just can’t fully understand football (the Canadian or American version). It’s not that complicated, I know, but it’s just not for me.

I will openly admit, that for the most part, I love to watch the game to catch the commercials, the half-time show and to eat some traditional and fun football food. As my son’s interest in sports has developed, this event is definitely a must-watch on our calendar. Matthew even knows who many of the players are, many of the rules and the kinds of plays the athletes make. I follow the score and look up when there’s a great run, catch or turnover, but for the most part I’m barely aware of the game until play is called and the network goes to a break. With commercials, of course.

Put your hand up if you yell at the TV sometimes when you are watching a live show or you quickly press fast forward when watching something you recorded earlier. In 2018, we try our best to avoid commercials when we can and become infuriated when we are forced to watch them. But not during the Super Bowl.

Now that Canadians can watch the commercials live on the US networks during the game, Super Bowl is really fun. While most of the commercials aren’t exactly earth shattering, many of them do give me a good chuckle. We decided that this year or favourite was not a beer company, or for a new luxury car or soda pop, but Tide. Ya, the laundry detergent people:

Now back to the food. Last year, on Sunday, February 5, 2017 to be exact,  my family of five and I were driving back from our usual weekend of skiing at the cottage. I announced that it was Super Bowl that night, and I suddenly had a craving for chicken wings. So did everyone else in the car (okay maybe not the baby who was 8 months old at the time though already a good eater). I explained the popularity of the common chicken wing to my family, and we decided we just had to have them.

So, in the car we devised a plan to stop at a grocery store in the city to pick up the ingredients to prepare our chicken wings. This is not necessarily an easy task as we are kosher (to be explained further in a future post). I had to find a store in Toronto that had kosher chicken wings in stock, on Super Bowl Sunday. It took a few stops, but I found them. We feasted on chicken wings that night, watched some of the game (including the incredible New England Patriots’ comeback) and decided we had to do this again next year.

I was more organized this year and actually bought the chicken wings in advance as well as all the ingredients I needed to prepare our festive meal. My daughter threw me the loop in the car when she demanded pizza, but because of the fact that I am a mostly organized mother, I always have pizza ingredients on hand.

We arrived home from the cottage yesterday at 5:55 pm, and my TV was on by 5:59. The girls had their hot and freshly prepared pizza by 6:15, and the chicken wings were cooking for the rest of us (in my Instant Pot, of course!) before kick-off a few minutes later.

I am not a football expert, but I know that it was a great game. The score was close, there were some incredible plays and tense moments. The commercials were entertaining, and my chicken wings…. Yummy. The baby dipped her whole fist into the ranch dressing and enjoyed licking it off her hands, and Matthew finally learned how to properly eat a chicken wing.

And the Philadelphia Eagles beat the mighty New England Patriots and won their first ever Super Bowl. Congratulations to them!