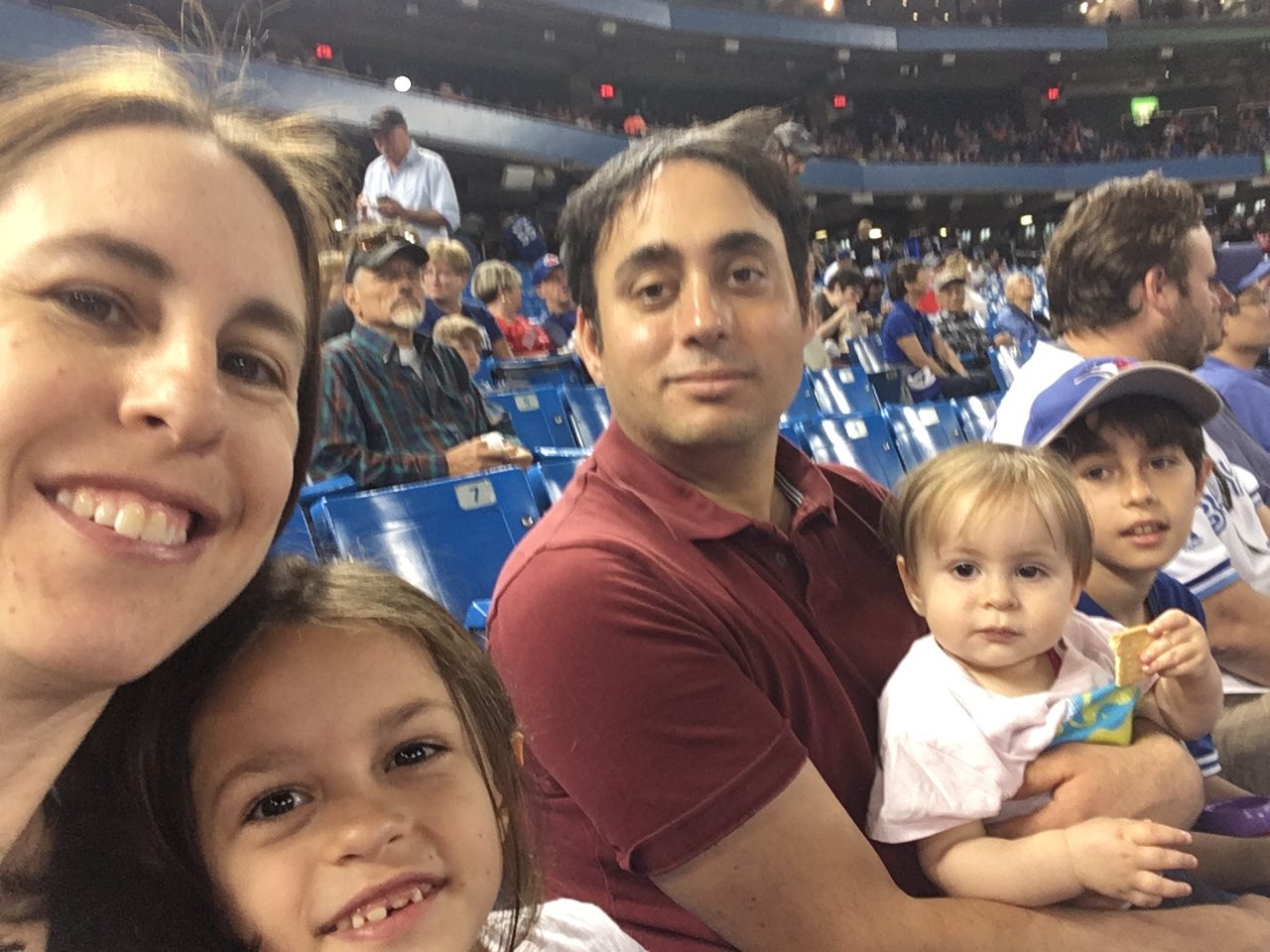 “Mommy, we are going to the game today,” my son excitedly bellowed at me as I lay in my bed early this morning, while I was in that delicious state between deep sleep and consciousness. Matthew, I must note, is not an early riser, but today he popped up bright and early, ready to head downtown to his first Blue Jay game of the season.

While we watch a lot of baseball in our house (Matthew rarely misses a game on radio or TV), we don’t get the opportunity to actually be at too many games at the Rogers Centre each season. So when I secured four tickets to today’s afternoon game, thanks to SeatGeek, Matthew was ecstatic. Today was our first Blue Jay game of the season, and also the first as a family of five.

I believe my parents took me to my first Blue Jay game back in 1977, when I was just a baby, back at the old Exhibition Stadium.  I grew up loving the Blue Jays and cherished every game I went to. I remember when the SkyDome opened in 1989, and I went to a game that season when the weather changed and the roof had to be closed. Fifty-thousand fans ignored the game and watched, for 45 minutes, as the roof closed. It was an extraordinary sight.

I remember the sold-out crowds during the World Series seasons of 1992 and 1993, when the Blue Jays, and their fans, were literally on top of the world. Getting my first press pass to a Jays game, in 2001, was almost surreal, and I recall the incredible, and also very uncomfortable feeling, when I interviewed Carlos Delgado in the locker room, surrounded by a sea of only male reporters. I asked my questions and looked at him straight in the eyes, which was challenging since he wasn’t wearing much!

Another great memory is Matthew’s first Blue Jay game, in 2013, when he was 6 years old. His school’s choir performed the national anthem, and we, with other families, were at the game to cheer them on. Matthew’s eyes were locked on the field, and I knew there and then that he was hooked.

Each visit to the ballpark is special to me, and today’s game was definitely no exception. When Matthew jumped around the house this morning, so excited about the Jays game ahead, I will admit I felt that excitement too. When we arrived at the Rogers Centre and pulled out our tickets it was like my heart skipped a beat and it definitely started to race as we found our seats, heard the national anthems and watched the first pitch.