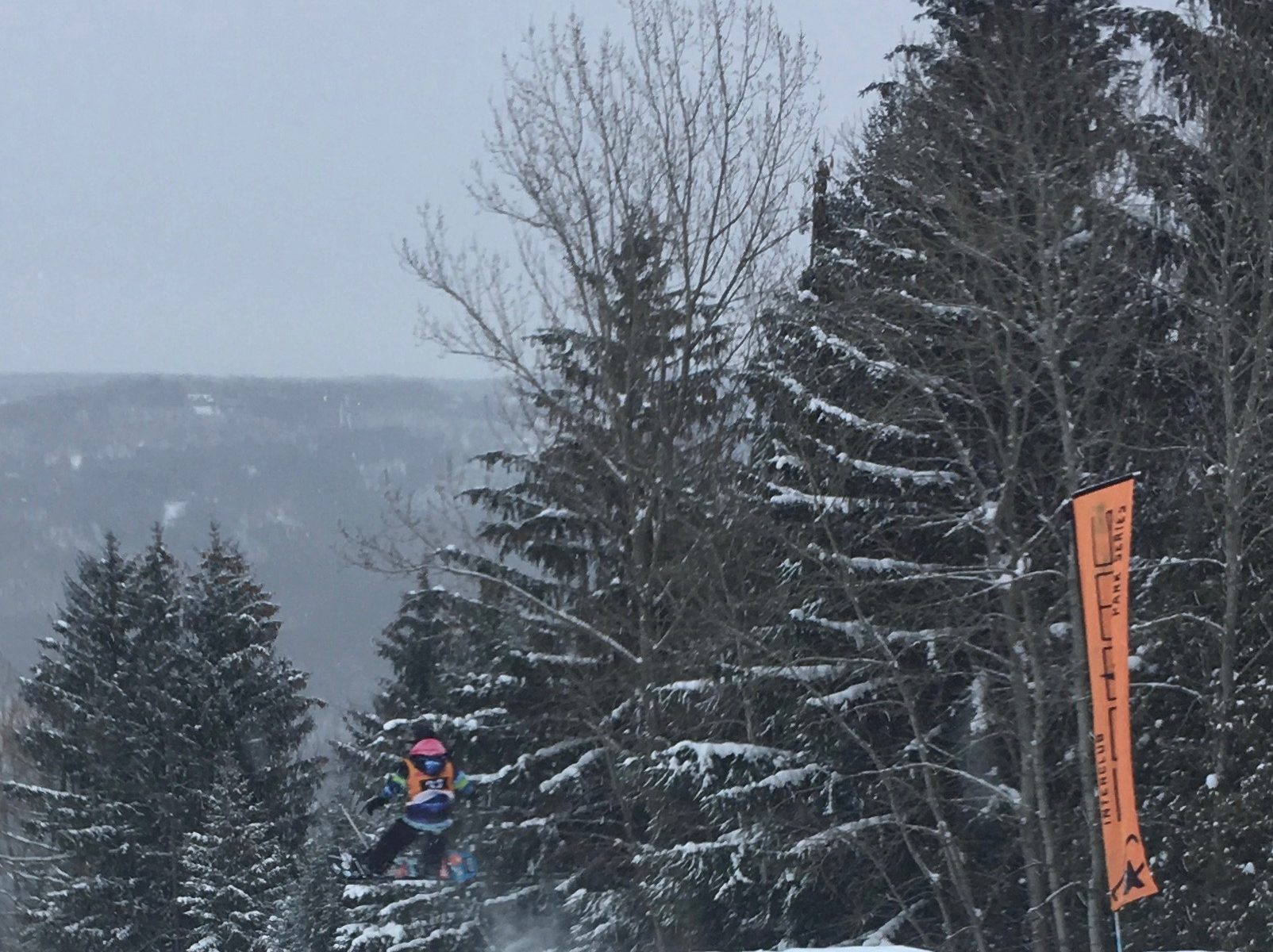 My son participated in a couple of snowboard competitions this weekend. Competition is new for him, and I told him to try his best and have fun. Competitive sports can be challenging for children (adults too!), causing undue stress to achieve. Matthew took it all in stride. He pushed himself to try something new, and I think he went out there, on the race course and terrain park, and had a good time. On the drive back to our country house, after a long day of skiing and snowboarding, in the middle of other conversations, Matthew started to talk about climbing trees, and it got me thinking.

What does a snowboard competition have to do with climbing trees, you may ask? Nothing really. But then again, as I think about it, and one thought leads to the next, they have a lot in common.

As parents, we expect so much of our children. We want them to be responsible, mature and to achieve. We push them, sometimes through competitive sports, maybe a bit too hard. It occurred to me that sometimes kids just want to be kids. I don’t know at what point during our lives, maybe it’s a sudden moment or gradual change, when we grow up. What I mean by that is, when does it happen that we don’t want to climb trees anymore?

Before the big renovation and addition that our family undertook at the country house last year, there was a huge evergreen tree beside the house. It had big branches and had grown over the years in a slightly abnormal manner. it was a magnet for all children to climb. As adults, we considered the idea of climbing this strange-looking tree out of the question. How many times did my father yell at Matthew to stop climbing that tree?

But a kid is a kid, and most kids like to climb trees. And jungle gyms, And furniture. Sometimes they climb on their parents, or poles or fences. As adults, we scorn this behaviour and sometimes look on and scream in horror. But didn’t we do this too when we were children?

I don’t ski all that fast, and when I look at the jumps in the terrain park I feel like I may have a stroke if I even attempt them. But when I was ten years old I wanted to learn how to go fast and to fly high in the air anytime I saw a jump on the ski hill. I climbed the three giant trees with my brother and sister in our front yard, usually because the adults told me not to.

I did cartwheels across my backyard and kept practicing until I could really do the splits with my legs. My brother and I played baseball and hockey in the middle of my street, and I always thought it was cool to ride my bike with no hands.

The best activity at a restaurant was taking an empty glass and filling it with various liquids and condiments within reach. Have you ever tried orange-coke-ketchup-mustard-soy sauce-salt-pepper drink? My aunt says it’s tasty!

Snowboarding at top speed, doing a 180 degree turn over a jump, and climbing trees have a lot in common. They are what kids love to do. And I love that kids, especially my kids, love to do them. I don’t know when the day will come that my son will slow down and slide through a jump on his snowboard or stare at the beauty of a tree instead of climbing it, but I hope it doesn’t happen anytime soon.

**Quick note: the airborne child you see in the feature photo at the top of the story is my nephew, Max. He really loves to fly!