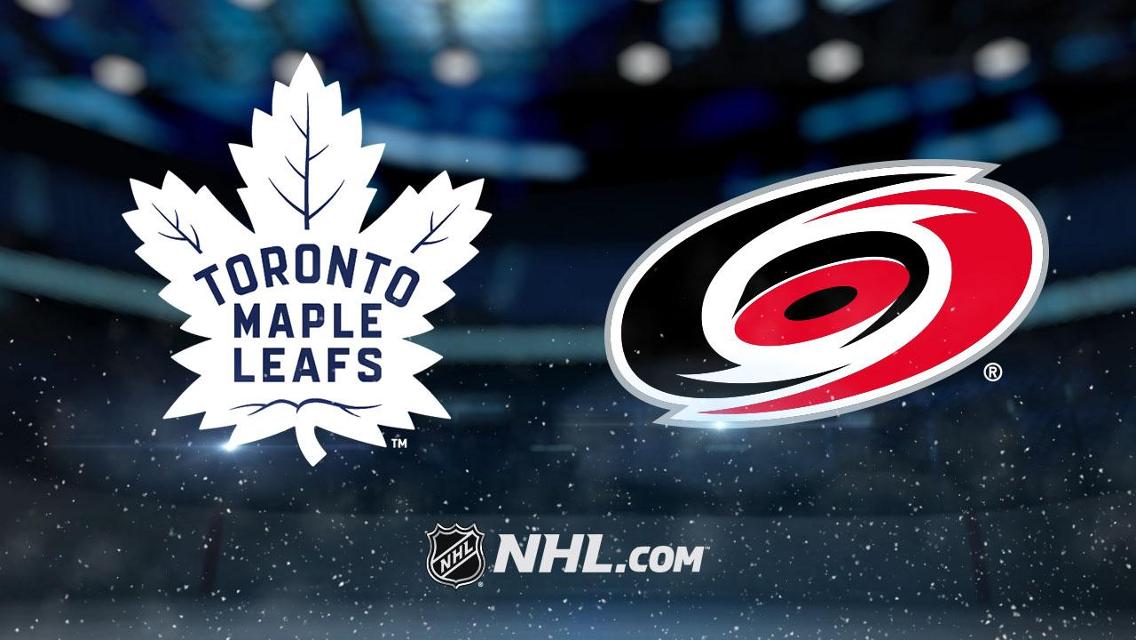 It’s been a busy week and I did not have a chance to write a post on Sports Wednesday. I had intended to write about my annual World Series fever, but that will have to wait until next Wednesday. So instead there is a special Sports Friday post as I revel in the Hurricanes win over the Leafs.

As I wrote about back in June, I have been a Hurricanes fan since 2001. During the 2001-2002 season the team made it as far as the Stanley Cup Final only to lose to the Detroit Red Wings in 5 games. It just wasn’t their time yet. But I learned what a first-class organization the Hurricanes were and became a fan for life.

The following season I was laughed at. People made fun of me. They heckled me as I kept my promise to be a big fan, even when the Hurricanes finished in the basement. They fought their way back, and my excitement culminated in June 2006 when they won the Stanley Cup.

But I have to say that one of the highs for me goes back to the Hurricanes’ amazing 2002 playoff run during the series against the Toronto Maple Leafs. I proudly cheered on my Canes, when I watched the game at home with friends or in very public spaces. One of my friends who was – and still is – a Maple Leafs super fan – made fun of me and dared me to keep cheering on the “enemy” in the middle of Toronto. Who won that series? The Hurricanes.

My teams has had its ups and downs since the famous 2005-2006 season, but I have always been loyal. I tried so hard to convince my son Matthew to follow in my footsteps and be a Hurricanes fan, but he refuses. This Toronto boy has joined Leaf Nation, with all the disappointment that goes with it.

So, when the Hurricanes come to town it’s always a ruckus and wild night in our house. I loudly cheer on my team and Matthew tries his best to make me be quiet. That was impossible last night, as my team went up by a score of 2-0 less than three minutes into the first period. It just got better from there, ending in the big win, 6-3 over the Leafs. Great game.

Even the Leafs coach, Mike Babcock agreed, when he stated about the Canes at his post-game press conference, “They deserved to win. We didn’t deserve to win.” You got it, Mike. I love when the Hurricanes win, especially in Toronto.