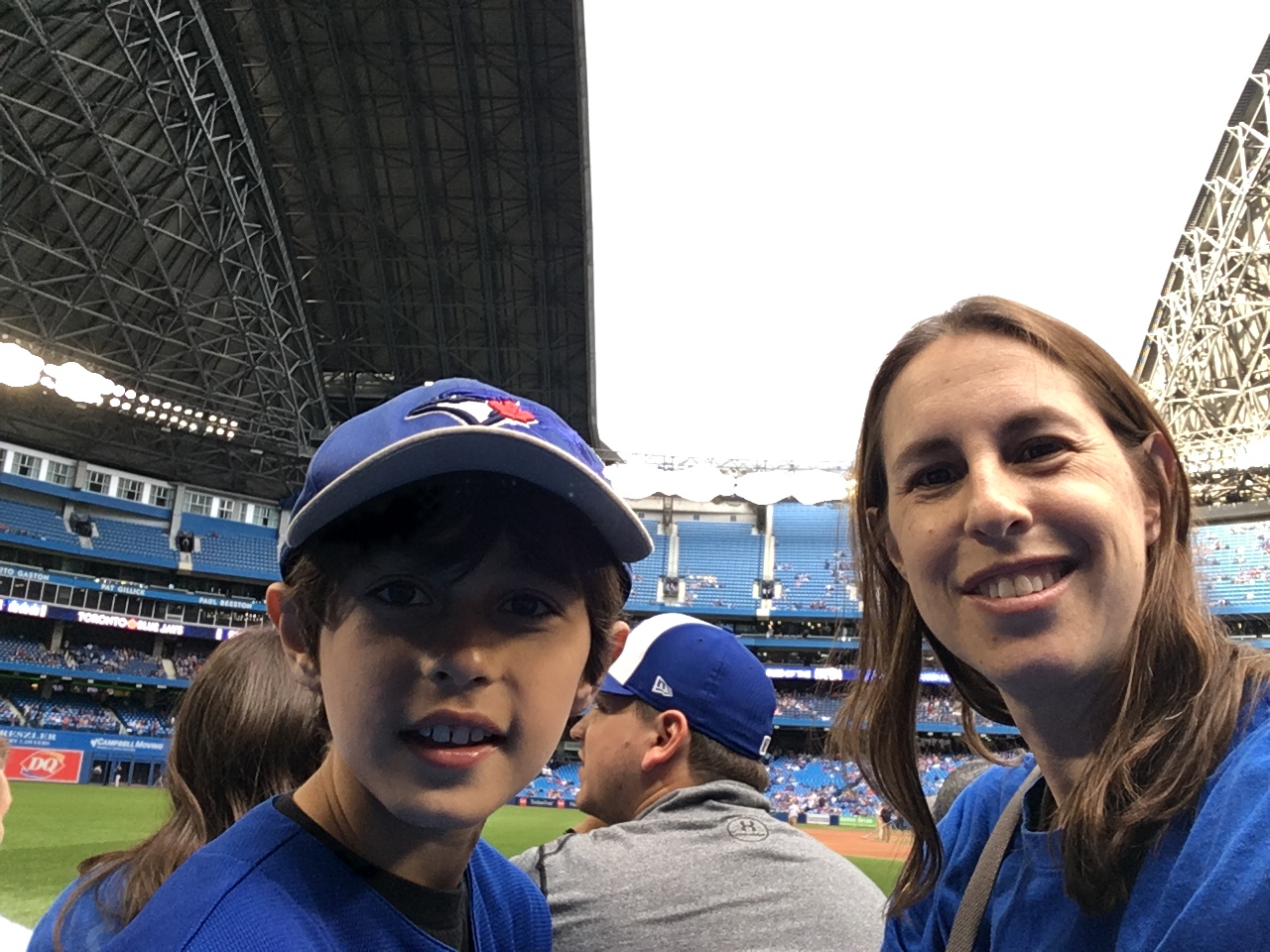 Take me out to the ballgame

Take me out with the crowd

Buy me some doughnuts, ice cream and French fries

I don’t care if that baseball never flies

For the Blue Jays

If they don’t win it’s a shame

At the Blue Jays game

These are my slightly modified lyrics of this all-time great baseball song, which is sung at all Major League Baseball ballparks during the 7th inning stretch. My son and I enjoyed the song last night as we attended the ballgame.

I love going to a Blue Jays game, something I have discussed before. There’s something special about the mix of sounds (often scalpers hollering for ticket sales) and smells (could it be sweat?) outside the ballpark as I walk up the long path before I enter the massive stadium. Even though I know they are disgusting, my mouth even salivates as I pass one hot dog stand after another.

Going to a ballgame with my son, Matthew, is what I love best. He is a super fan and has become a walking encyclopedia of player statistics and baseball history. He knows details about every player on every team and provides a very educated analysis to not only me but everyone around us as the game. I believe the two guys to our left last night were very amused by the knowledge they gained last night.

We had great seats last night, as we sat in the third row down the third base line. The crowd, like always at Rogers Centre, was loud and enthusiastic.  Now that I have been to a ballgame a few games with my son over the last couple of years I have discovered some patterns and made some observations:

Matthew was one of the lucky few who charmed his way to get one of those sought-after balls. My son, who is one of the biggest Blue Jays fans I have ever seen and who was depressed for days last year when the Blue Jays fell to the Cleveland Indians in the playoffs, didn’t even notice that his beloved team lost last night 3-1. Why? Matthew got one of the official game balls, and this made his day.