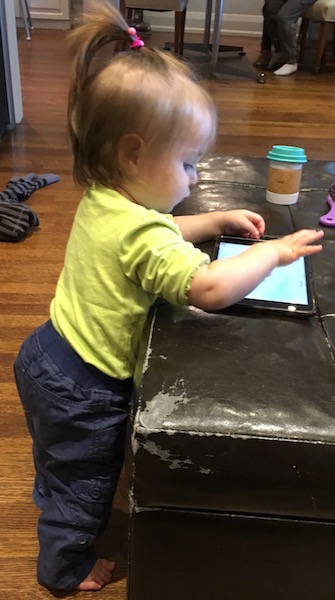 We live in the Technology Age. If you look back through history, there was the Bronze Age, Iron Age, Middle Ages, even the Machine Age and Space Age, to name a few. For me, what defines the Age we live in today is our reliance on information and computerization of everything we do. To succeed, do we need to be tech savvy?

When I was a child, you knew a tech savvy household if your friend owned an Atari or a Commodore 64 computer. I remember my amazement, back in 1987 when my brother got his first computer. I think it was a DOS-based operating system. A short time later my father brought home our family’s first laptop. All I remember is that it was a 286. I couldn’t tell you any more than that. 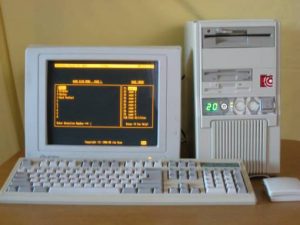 My brother also had a Sega video game system and a Gameboy. We were one of the first homes on the block to get a VCR and later a flat-screen TV. I will never forget the first time my mother used our car phone – a behemoth that she shook in the air on the highway sometimes to let some rude driver know that SHE had a direct line to the police in her car because she had a car phone. 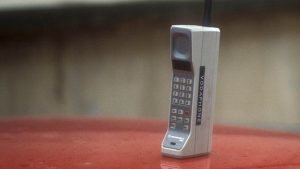 But these devices did not define us. No doubt we enjoyed those early computers, video game systems and technology toys, but we did not rely on them. Life was, in some ways, manually operated. But not today.

For example, my son is working with a partner from his class on a presentation for school. They need to prepare a 3-5-minute presentation on a particular topic. Their teacher told them that how they present is up to them When I was ten years-old and wanted to be creative, I put on a skit in front of my class or I used a combination of construction paper, scissors and glue.

But these two, tech savvy fifth graders, would have none of that. I watched and listened in amazement as they planned out a power point presentation, which will include a short video (that they will shoot and edit with an iPad) followed by a quiz for the class. In less than two hours they put together said power point presentation (video is coming soon), and I almost deleted it when I tried to press save. My son clearly knows more about power point than I do!

Julia, at maybe two years old, showed her grandmother the basics how to swipe through an iPad and how to get into her favourite app of the time, Angry Birds. Nessa, at 16-months old, deftly touches the FaceTime app on the iPad so she can enjoy late-night chats with my mother. When I was that age all I had was a plastic Fisher Price telephone. And if I wanted to get in touch with my grandparents when I was ten years old, it was an expensive long-distance call or a personally written letter – using that same construction paper.

Okay, so children are tech savvy and from a young age know their way around computers, tablets and smartphones. Millennials could teach me a thing or two about how to properly leverage social media. But what about my generation – known as Generation X? Are we tech savvy now? Have we gone from construction paper and Fisher Price phones to email and texts?

I would say, yes, we have. I don’t know if most of us are tech savvy, but we are definitely tech reliant. And I think we are too tech reliant.

In my last job, and in my current consulting work in communications, I receive too many emails. I also send too many emails. If the person is sitting 30 feet away from me, wouldn’t it be easier to stand up to ask him or her my question? Or I could  pick up a phone and call versus sending a lengthy email? If I have a great idea and want to share it with a group, do I have another option than a multi visual power point presentation?

When people applied for jobs decades ago, they didn’t have LinkedIn. Human resources professionals did not have databases where they could type in key words that would be pulled from a pile of 100 resumes that had been uploaded to a website. Job searching and employee hiring was definitely more manual, and maybe it was also more time consuming. But it was more personal. A human resource professional or a hiring manager often read through all the resumes. The only option to follow up on a job application was to pick up the phone and have a conversation. Was that better, or maybe it was worse? It was definitely different.

When I send an email today – to my mother, to my friend, to my work colleague or to a potential employer – will that person see that email, in the hundreds that person may receive on any given day? Will the person read the email? Will that person reply to me? Do I rely too much on that email to determine my fate? Maybe I should pick up the telephone more often, or knock on my friend’s door.

Am I too tech savvy? No. Maybe I should be, or at least I should be with respect to some parts of my life. The Technology Age is here, and it’s not going away anytime soon. I love this blog, and I love that technology has given me an avenue to express my musings. I love that social media has given me a tool to amplify my blog and to share moments and photos instantaneously. But I also want to be careful and not rely too much on technology. I want to retain some of my manually operated nature and the personal interactions that go with it.