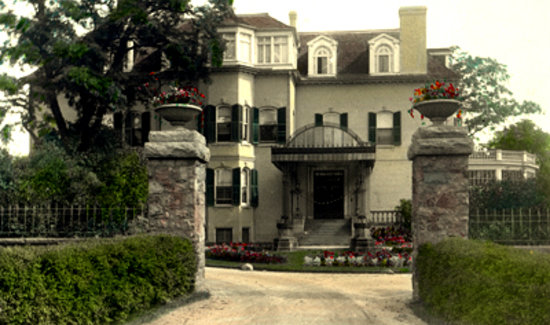 I feel privileged that I have had the opportunity to travel to many parts of the world. I have enjoyed the views from the Eiffel Tower in France, Victoria Peak in Hong Kong and Abel Tasman National Park in New Zealand. I was awed by Michelangelo’s masterpiece in the Sistine Chapel in Vatican City, Rembrandt’s The Jewish Bride in Amsterdam and Monet’s Water Lilies in Paris.

I love to travel and am glad that I have passed that love down to my children. But it occurred to me recently that we live in a world-class city, with many world-class sights and art right at our doorstep. Why couldn’t I be a tourist in my own city?

An annual event in my city, Doors Open Toronto, encourages just that – discover the amazing buildings, both historic and new, in neighbourhoods all over town. And it’s free – as in no charge. France launched this event back in 1984, and Toronto was the first North American city to open its doors, in the year 2000.

I have taken advantage of Doors Open Toronto a few times over the past 17 years, and I was excited to see a heritage property in my neighbourhood on the list this year. Spadina House is a beautiful historic home surrounded by some of the most spectacular gardens in the city. It was a perfect place to visit on a sunny May afternoon, especially since we could walk there.

The first home on this property was built back in 1818 by Dr. William Warren Baldwin, who named his 200-acre property Spadina from the Ojibwe word espadinong which means “hill.” Baldwin eventually sold 80 acres of the property in 1866 to James Austin, and over the following years the home was renovated a number of times. James Austin’s granddaughter, Anna Kathleen Thompson, lived in the house until 1982, when the family donated the property to the City of Toronto.

Currently set up as it looked in the 1920’s and 1930’s, we enjoyed our tour of the main rooms of Spadina House, showing the kids the kitchen, dining room, parlours and a bedroom. They were shocked by the simplicity of the kitchen and the grandeur of the parlour. They clamoured to climb the apple trees (we did not let them!) and run through the garden. The property was hopping, full of people who call Toronto home and many visitors too.

It felt great to be a tourist in my own city, and I look forward to discovering other properties, attractions and art in my own backyard. Have you participated in Doors Open in Toronto or one in your own city? What have you discovered? Leave a comment here or tweet me @AliciaRichler.