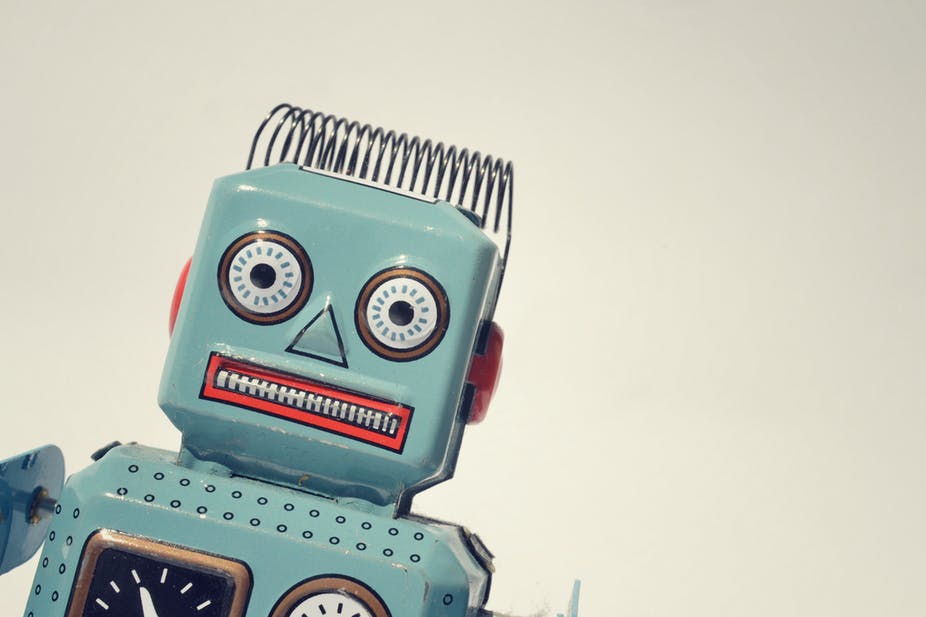 Another winter weekend and another Friday night drive up to our family country home for a weekend of skiing. We have such interesting conversations during the two-hour trip. I think I may have to make the conversations of our Friday night drive a weekly blog feature. The topics of conversation are just so interesting. One of the topics we covered during this week’s drive: how automated will our future be, and with that, what jobs will disappear?

It was a toss-up for me about which topic was most interesting during our car ride, an automated future or the history of small pox (David and Matthew like to discuss war, but they also enjoy talking about disease and death). In the end, our sometimes bizarre though, for the most part, fascinating conversation about an automated future, sticks with me most.

Over the past 250 years the world has seen tremendous change. The Industrial Revolution, which altered work from hand production to machines and industry, marks a major turning point in history, and our transition from manual to automated seems to accelerate by the day.

What fascinated my son throughout our conversation were the careers, jobs and industries that exist today, in 2018, that may disappear in the future because of automation. It was interesting to hear his perspective, at age ten, about how he sees the future and the career path he may take – based on jobs that may or may not exist.

For example, he questioned the need for doctors in the future. That may seem shocking to you, but his reasoning was logical, in part. I will admit that he used Star Wars as his prime example of a future with no doctors or no need for them. Matthew has a creative mind and his thoughts are often inspired by what he sees and experiences. But he is also very intelligent and insightful. He is also highly influenced by the technology that surrounds him every day.

So, here is what Matthew explained to me about why he questions the need for trained doctors in the future. It was, as I expected, all about technology. He feels that all medical questions can be researched and answered by the internet – yes, Dr. Google. He thinks that robotics is a technology of the future, where robots and droids can treat people and even do surgery. For him, it’s all about an automated future.

As we rely more heavily on technology, no doubt there are thousands of jobs that disappear every year. Grocery stores are investing in the “self-check-out.” Online retailers like Amazon are testing drones to deliver packages to customers. Factories need fewer employees to build, create and package product. It is all in the name of automation. Fewer jobs and lower cost to deliver a service.

But I also feel that with an automated future, where we lose jobs in factories, medicine or stores, we also gain jobs in other sectors. Technology, as it evolves, still needs the human touch to create, develop and maintain it. The career of the IT professional, web developer or digital marketer didn’t even exist a few decades ago.

2018 may not be when we experience a new Industrial Revolution but rather a Technology Revolution. With an automated future, we have to evolve the way we think and develop our careers. The way my children see their future is so different than how I saw mine. I don’t think a droid doctor will be doing surgery on my anytime soon, but my son thinks it’s coming. He discounts a medical career path as he has determined that technology will kill that career.

For me, as I sit at a crossroads mid-career, in my early forties, I know that I must embrace the Technology Revolution and ride the road it will take me on. This blog is my first step as I bring together the craft I love – writing – with an automated future full of technology – the blog, internet and social media. It’s exciting and a little scary, but I’m ready.

And as for my son, Matthew, and his future career? If you ask him, he will tell you that he wants to pursue some kind of business, and he wants to make a lot of money. He won’t expand and share any details on that dream to me, but I guess I can’t complain. He has an idea of what the future may be, and I’m excited to watch it unfold.